The building was built using the project of Dimitri T. Lek, in 1902 as both a commercial and residential palace for the Belgrade merchant Djordja Vuca. Janko Kostic was a civil engineer responsible for the majority of work on the basement, ground floor, two floors and attic. Among other things, the building was built using bricks and lime mortar. The walls are solid with flat ceilings and Prussian shallow arches. Wall surfaces are decorated with applications in the form of floral Pervaza which only one other building in Belgrade could boast at the time, the Smederevska bank building. With its purity of style and compositional elements, “Athens" is one of the anthology examples of architecture in Belgrade at the beginning of the century. Conservation and restoration works were carried out in 1969, 1988-1989 and from 2003 to 2004. 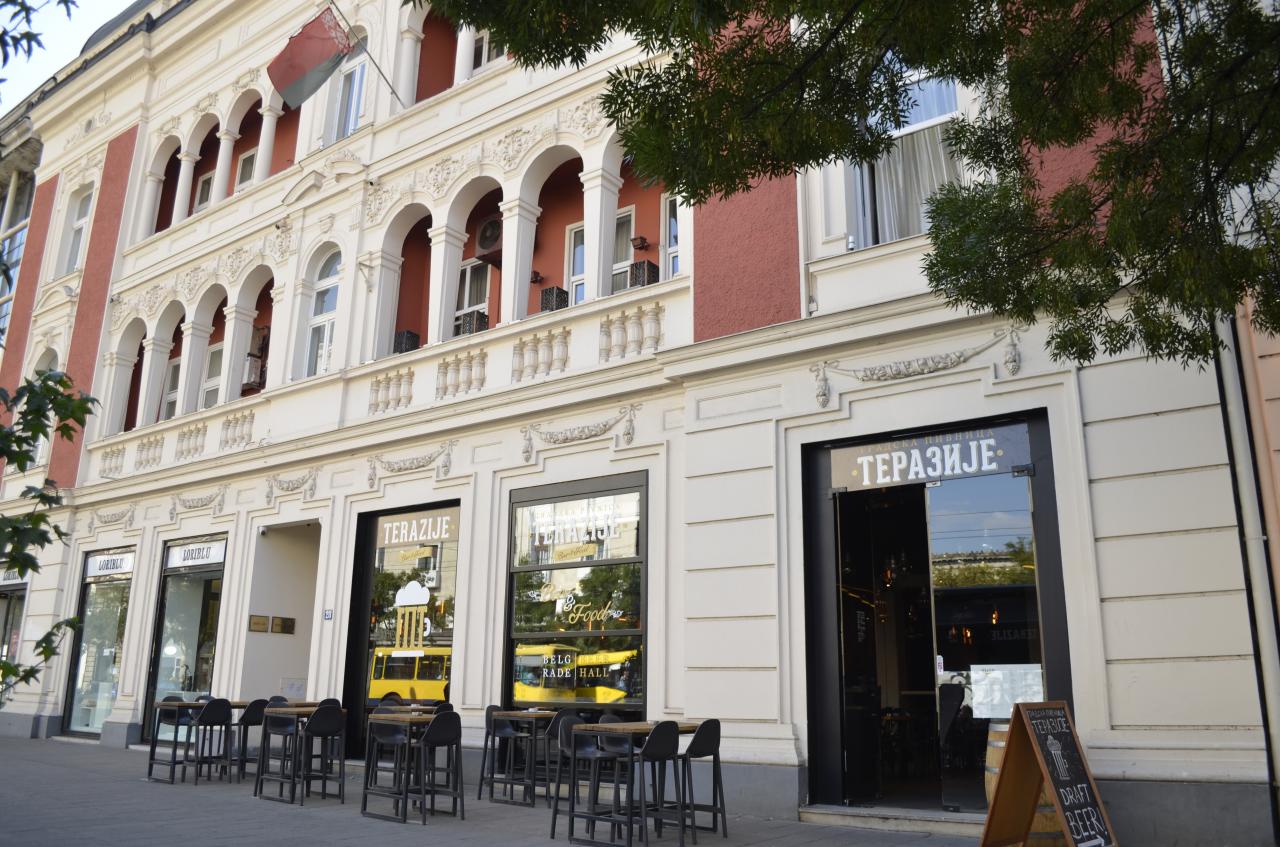