Terazije fountain is yet another in the series of buildings and legacies that were constructed as an act of Prince Milos Obrenovic. Before there was the beautiful fountains of white stone with four lion heads that we know today there was a different one, known as the "Asiatic fountain" where, according to records from that time it was always crowded because the people here are waiting in line for water, while the tanks were around “Tanks” being the brick towers that people are called "tip the ladder" (Terazije) which ended up becoming the name of the square. The authors of the fountain were Franz Laurent, Italian sculptor and stone mason and Janko Franc, court engineer. Work began in 1859 and ended up being a major attraction for the townspeople who would gather to watch the workers in the fierce heat. Very soon this became known gathering place, where in the evening one could see musicians accordion, organ grinders and drummers. During its existence, the fountain narrowly escaped destruction several times between the Turkish bombardment after the events of Čukur fountains and fire that broke out the following year on the birthday of Prince Michael. After fifty-one years in the same place, in 1911 it was moved to Topcider because of the renovations the square was undergoing, ending up in the churchyard, where it spent a full 64 years. Only once it was placed under state protection in 1965 as one of the most important monuments of Milos' reign, began the efforts to return it to its original position, which was finally achieved on 12 December in 1975. Today it is one of the most recognizable symbols of Belgrade and one of the most popular meeting places. 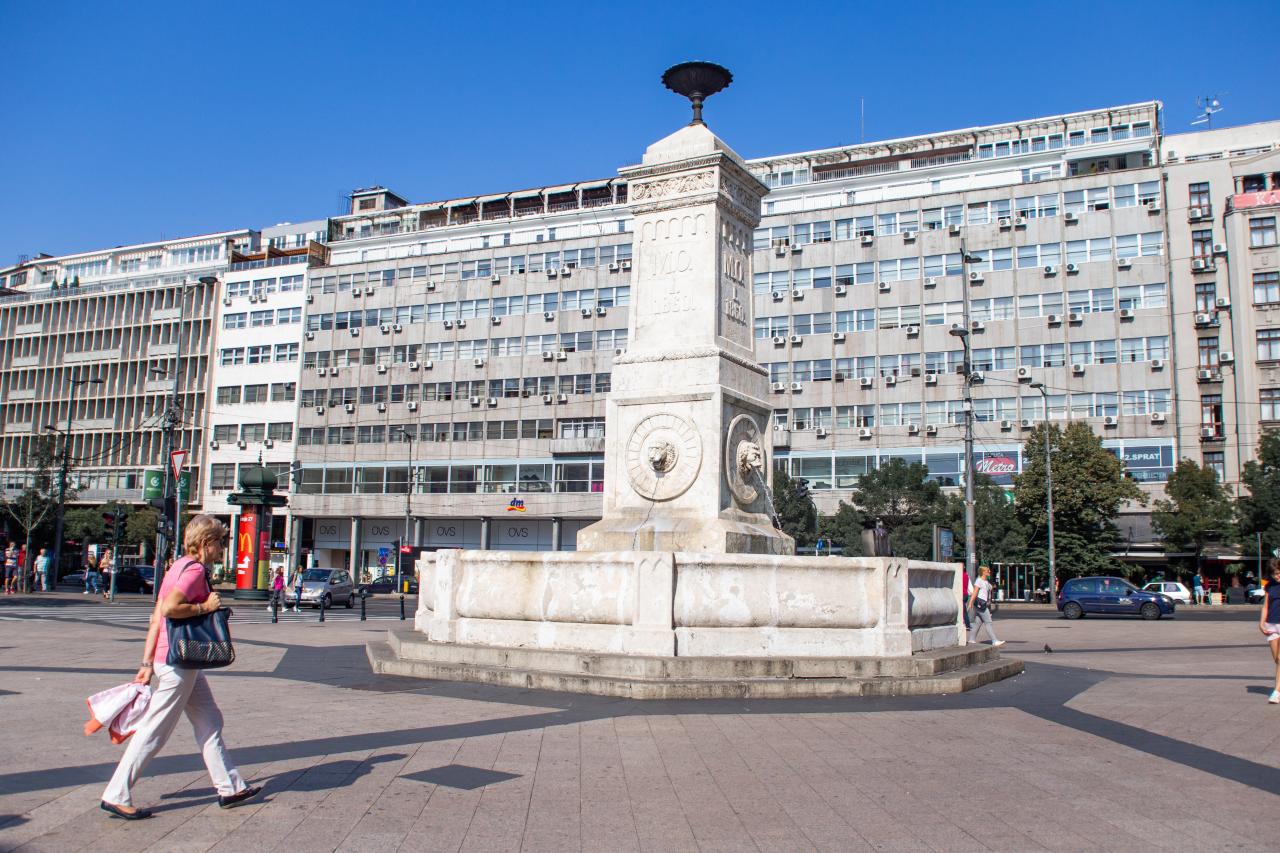