The building housing the museum is considered one of the oldest surviving residential buildings in the city. It was built by a wealthy Turkish Tresury Manager in the 18th century whose name has not been preserved until today. Structurally, it consists of two separate parts: selamluk for men and the harem for women , both with their own entrances and staircases . Back in its day, the house was considered very luxurious and was one of few at that time who had a second floor . It was built in the Balkan style, with a rectangular base, bay windows inside and oriental division ( selamluk - harem ) in the interior. From the great wall that once surrounded the court the only part remaining today is the one at the end of the entrance gate. House has repeatedly changed the purpose and owners Dositej Obradovic turned it into a High school (different from a highschool) after the liberation of the city in 1806, which at that time was the equivalent of today's universities. The first generation consisted of a modest 30 students, and among them was Vuk Karadzic. 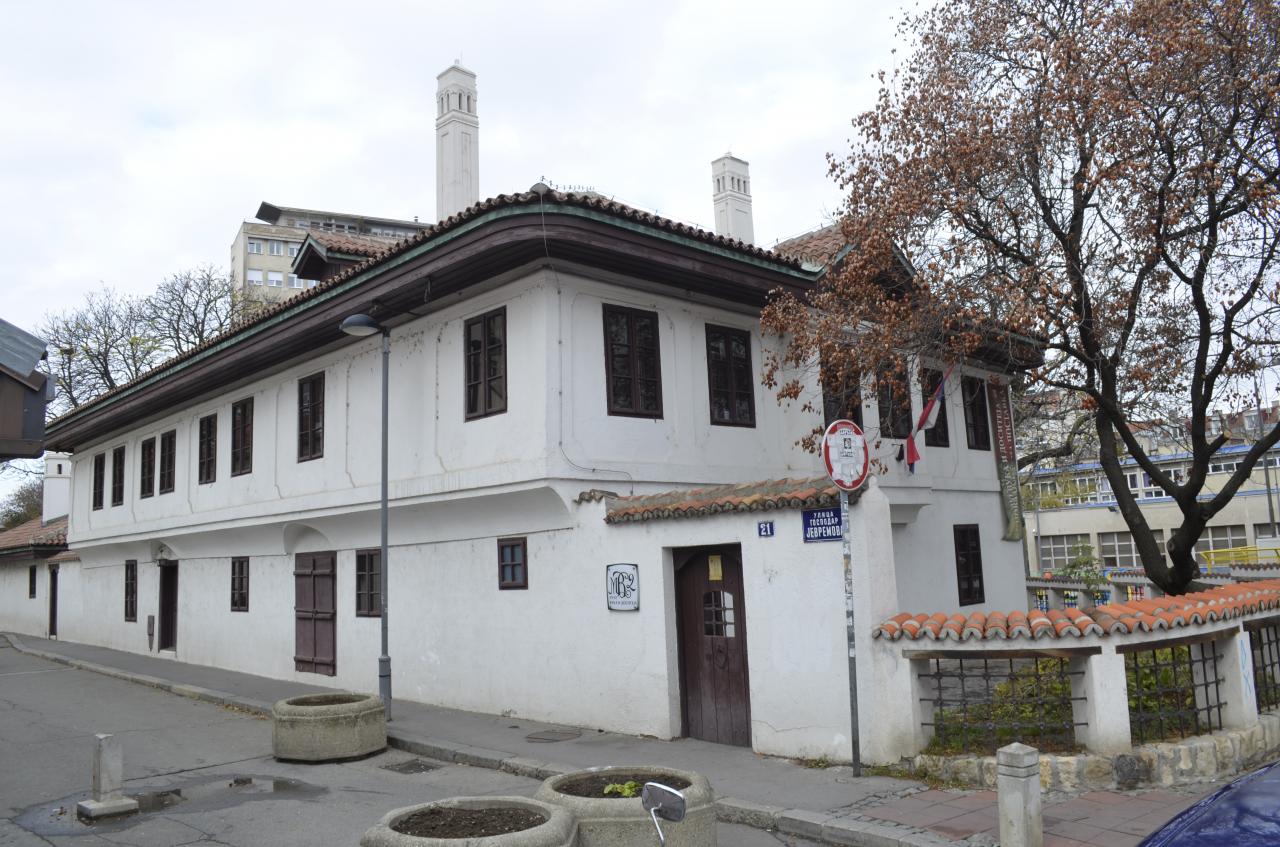 In 1949. The building was converted into a museum honoring Vuk Karadzic and Dositej Obradovic, today including a technical library and reading room. In the ground floor is the section dedicated to Dositej Obradovic, while the upper floor is reserved for the exhibition on the life and work of Vuk Karadzic. Vuk's collection is older and more complete than Dositej’s and it was started back in the 19th century when his daughter Mina donated all his belongings to the Kingdom of Serbia. This collection was also the first collection of the National Museum, which is today a wholly and professionally printed catalog ( "Description of items Vuk Stefanovic Karadzic " ) which was published in 1900. Vuk's collection was first exhibited at the National Museum, as part of its memorial room and later in the Department of Historical Museum. During the Austrian bombing in 1915. the building was hit and then further damaged during the occupation so a large part of the legacy is missing or destroyed. Today the collection includes Vuk’s personal and family items , portraits , first editions of his works and the like.
As for personal belongings and manuscripts from Dositej Obradovic, a large part was destroyed in 1813 in a fire while the rest had dispersed to various foreign countries, and it was difficult to collect for the museum. Among other things , books were discovered in the monastery library in Hopovo Irig from the year when Dositej stayed there. On one of them there is even the original writing which Dositej had used to mark the book as read. Similarly, most of his collection is based on visual attachments, archives, his correspondence, deeds, and the like.

The building of the museum is located in one of the oldest parts of Belgrade and forms an architectural whole with Bajrakli mosque and Šeih - Mustafa domed stands as testimony to the Turkish authorities in Belgrade.

The building of the museum is protected as a cultural monument of great importance due to its architectural and historical value. In addition to extensive exhibition activities which take place here there is also the activity of scientific research nature regarding everything linked to the two giants, as well as the period in which they lived and worked. Work on the rehabilitation and restoration as well as adaptation of the museum began in 2011 when standards were implemented using modern museum practices of storing and exhibiting a setting restored and modernized . Upon completion in December 2012 the ceremonial opening of the new setting was held on 24th of December 2012.