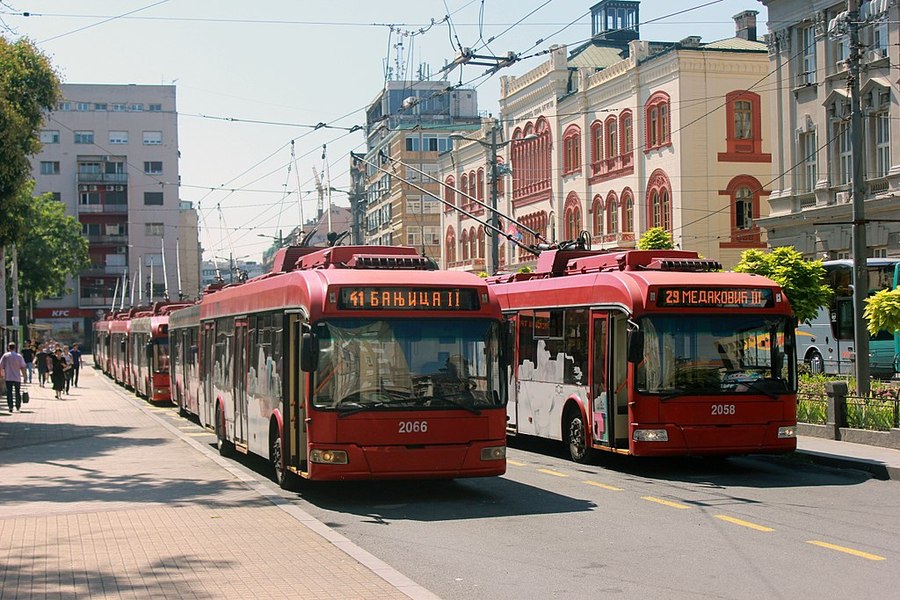 After WWII ended, there were 4 tramway and 3 bus lines operating around Belgrade with a total of 58 vehicles. The capitol city was in ruins, but on the wings of post-war optimism the first trolley was revealed in 1947 during the 1st of May parade which began operating on the 22nd of June of that same year, between Kalemegdan and Slavija.

The real recovery came in the 50’s and 60’s. As the  city was renovated, so was the public transportation restored. And so by year 1955 there were eight lines with up to 162 trams and three trolley routes with 42 trolleys, while 14 lines were covered by 148 busses. 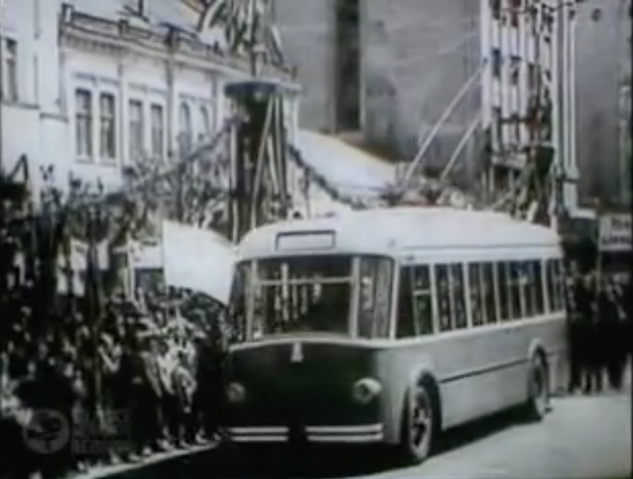 The industrial swing of then-Yugoslavia led to nationally-produced trolleys at “Gosa” factory which was immediately used to connect Belgrade and Zemun. Until 1960 the city transportation fleet included up to 467 vehicles.

The 60’s were marked by trams that the people had nicknamed “Belgians” which had concrete floors. This gave the passengers the unique feeling that they were standing on the street, while actually they were riding. These trams were in use until the 80’s when they were replaced by the Czech CKD trams.

In addition to the “Belgians”, the ultra-luxurious “Leylands” were also cruising the city. Originally intended for the African market, they didn’t have heating systems. In the winter their engines were impossible to start so the drivers would turn the keys in their ignition in November and let the vehicles run continuously, all 160 of them, until March. 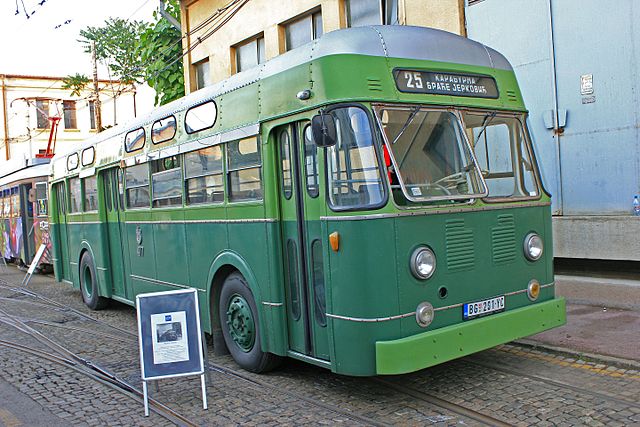 Incidentally, there is only one known Leyland remaining in the word, and it is located in the garage of GSP Belgrade.

In the 70’s the Belgraders rode in the models “Ansaldo”, “Renault” and of course “Gosa”. The trolleys had floors painted red.

However, terminating trolleys was the decision that marked this period. Up until 1973, only the trolley line 11 remained operational. The reason for cancellation was economical. The price of oil was lower that the price of a kilowatt so it wasn’t financially sound to spend electricity for city transportation. However, in ’73 the oil crisis began so two years later the plans began for restoring the trolleys to the city transportation. They remained until today, when we are riding in “Belkommunmash” trolleys which cost 216.000 euro per piece. #

During the 1970’s there have been plans to construct a metro system in Belgrade, but in 1982 was rejected in favor of plans to expand the existing tramway network. According to the latest announcements and the master plan for traffic infrastructure by 2033, Belgrade will get its finished metro by 2027.

From the 90’s onward

The success was short-lived. The crisis in former SFRJ which escalated by the second half of 1991, sanctions, refugees, poverty ... have brought to a collapse of public transportation that operated on a minimal level. In addition this was the period when the vehicles produced in the 60’s began to be pulled off the streets. 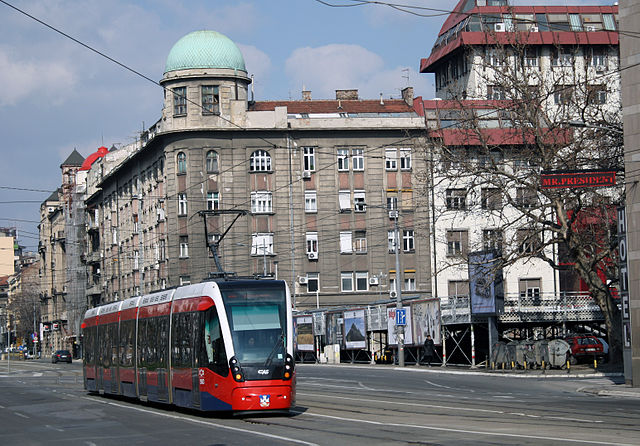 Over the course of 1994 and 1995 Belgrade brings the public transportation to a new level by renewing its vehicle fleet and at the start of 1998 private transporters were included in public transport.

When NATO attacked SRJ on 24th of March 1999 made the public transportation switch to war-time operation. This involved shutting down or shortening lines so it was almost impossible to catch a bus.

When the bombing ended, the problem of insufficient vehicles persisted. Obsolete vehicle fleet, poor condition of the existing vehicles, lack of spare parts, frequent traffic reductions because of lack of fuel were constant problems.

In this period we obtained a large number of MAN busses, donated by Japan and Duewag Be4/6 tramways (the popular “Swiss”) from the Swiss city of Basel. We also obtained a number of new Czech trams Tatra CKD T4 (Known as Katica) and 30 Spanish tramways CAF Urbos 3, while the trolleys were fully renewed by the abovementioned “Belkommunmash” vehicles.

As of 1st of February 2012 the “BusPlus” electronic system for managing vehicles and one-direction ticket sale was initiated in Belgrade.