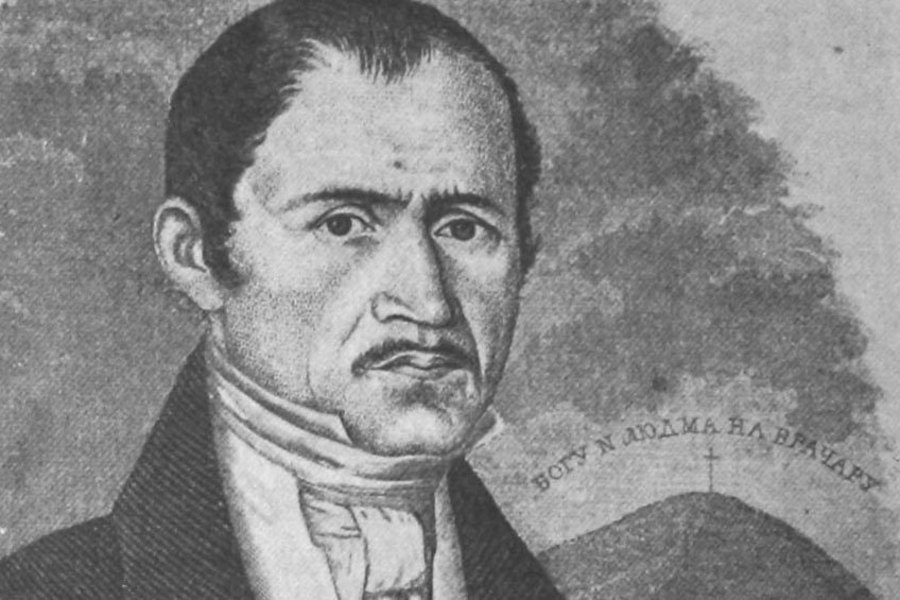 On one occasion we mentioned that the entire history of Belgrade is hidden in Kralja Petra Street. Today we include in that the birth of the first bookstore and printing house in Serbia in the 30’s of the 19th century. 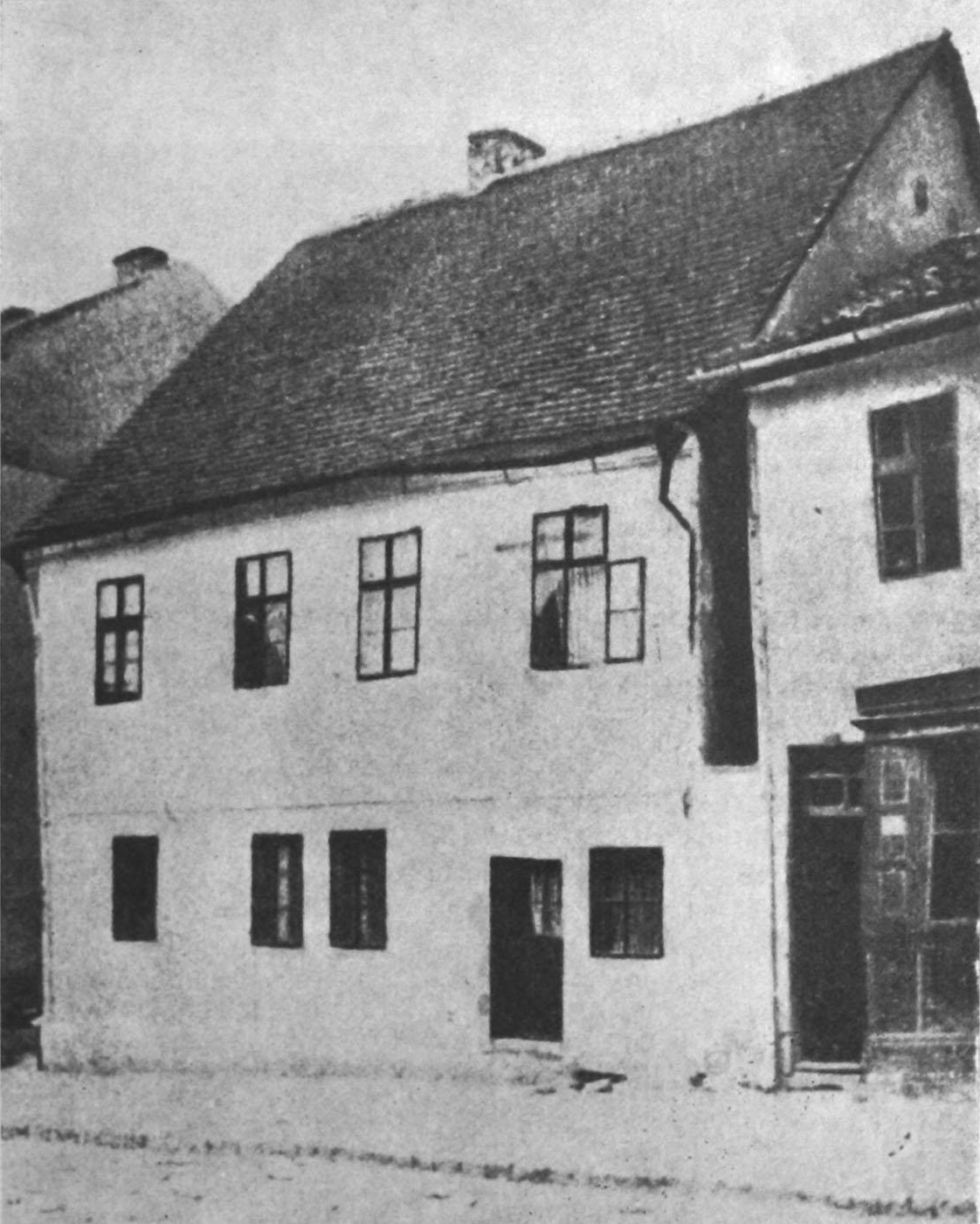 Photo: Archive of the National library of Serbia

A gentleman by the name Gligorije Vozarovic came to Belgrade from Vienna in 1827 where he studied to be a book-binder. In a store located in the corner of Kralja Petra and Kneza Sime Markovica streets, the first ever book was published in our country, under the name “Srbsko stihotvorenije” (Serbian poetry-craft).

Then came out the first domestic publication of Dositej Obradovic’s complete works in 10 books. The proof of Vozarovic’s business being a true, dedicated family trade is that his wife Sara would often take care of management while he was away expanding their business. For a time he bound books for a national printing house, not only in Belgrade but also in Kragujevac. Only a few years after he opened his printing house that worked full steam ahead as much as the times allowed, the “Library of Belgrade township” opened there. As you might guess, it went on to become The National library of Serbia. 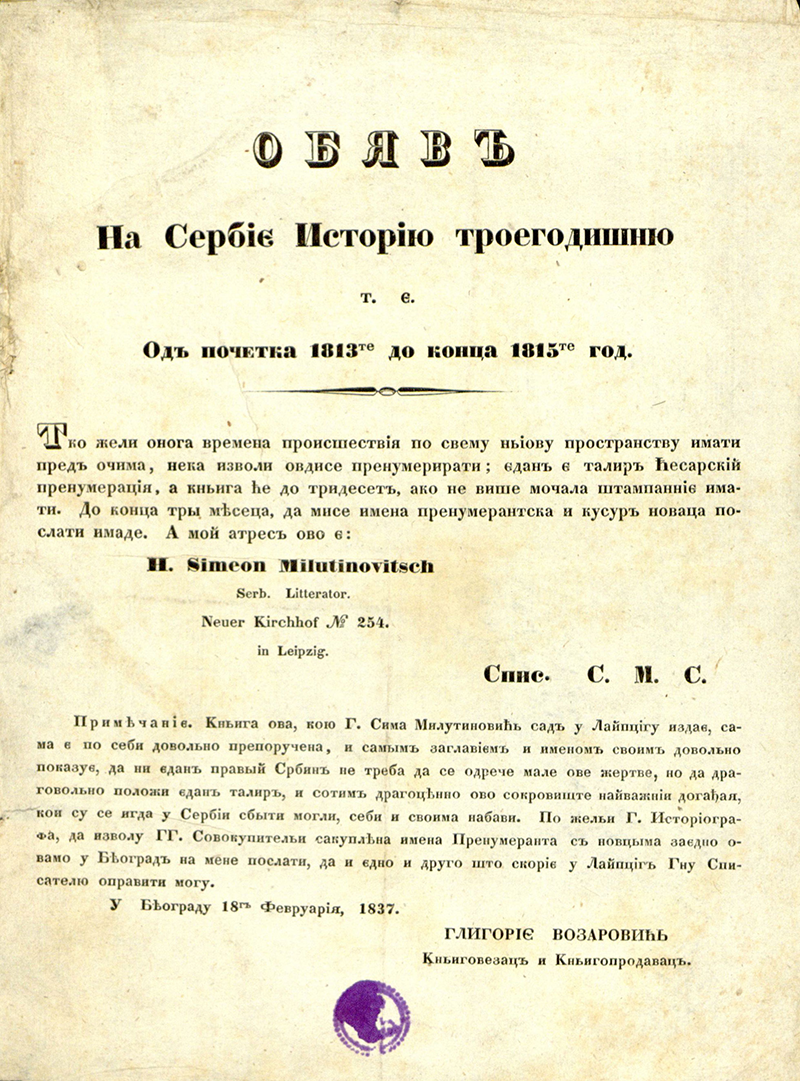 The dove who lived

Vozarovic worked tirelessly in the following years. In 1839 he started by publishing “Golubice s cvetom knjizestva srbskog” which was a certain literature publication, like an art magazine in a 19th century Balkan edition. Today you can also find its editions in the National library’s collection, or on the internet. Many experts believe that “Golubica” is one of the most important documents for the development of Serbian literature and society in general. As it happens the almanac was greatly praised by the highly educated society of its time, so Gligorije was selected as an honorable member of the “Drustvo srpske slovesnosti” in 1845 whose mission was to spread education in Serbian language and its perfection. We can only imagine how impossible and ambitious this seemed in our society at the time and its small number of literate and educated citizens. The president of the society would usually automatically become the minister of Culture and vice versa. 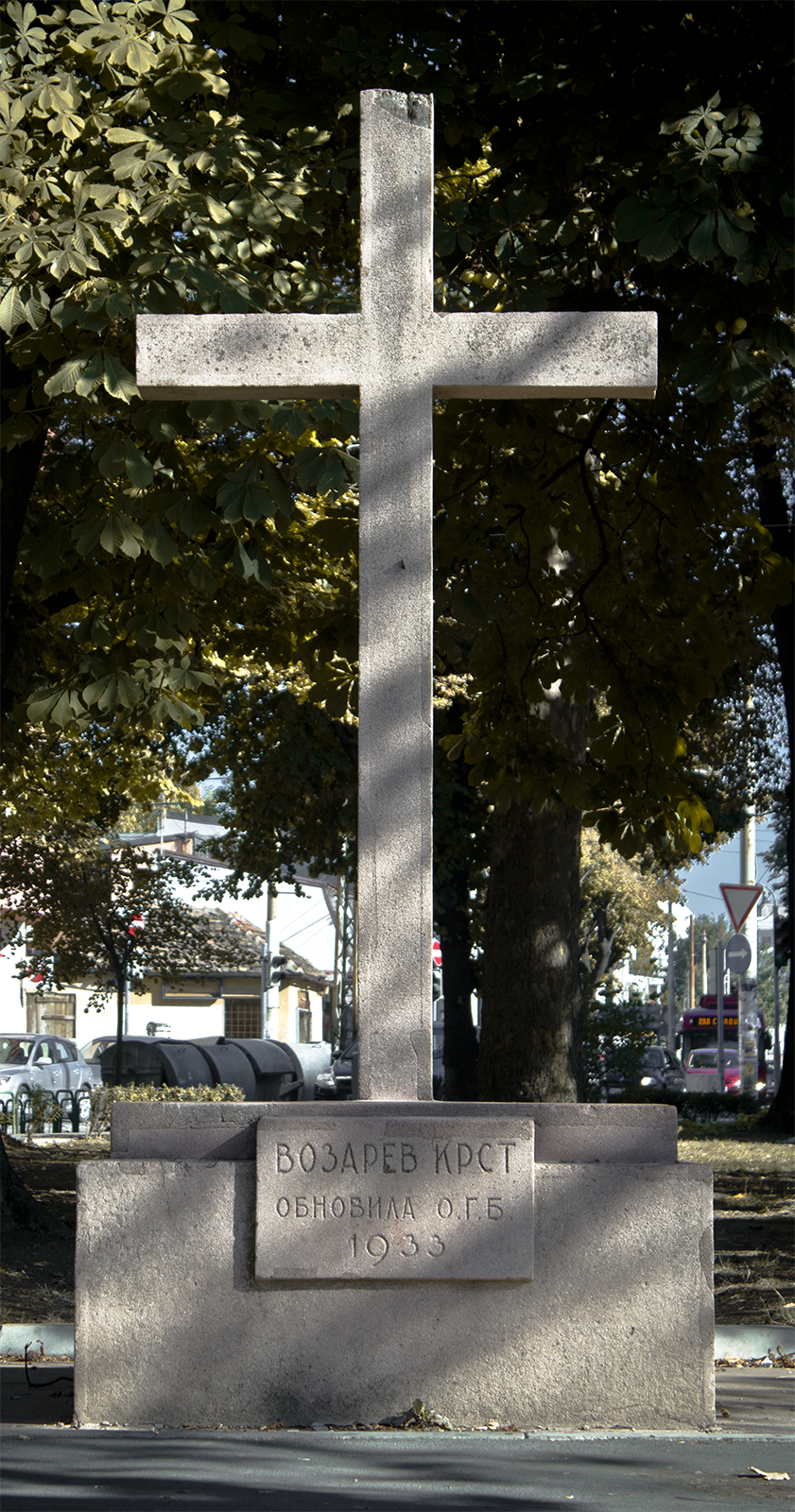 In addition to raising the cultural awareness in Serbia, Gligorije Vozarovic was indirectly responsible for the then name of one of Belgrade’s settlements. Stubbornly dedicated to education, Gligorije throughout his lifetime continued to study the life and work of Rastko Nemanjic who set the foundation for modern education in the distant middle ages. By following trails of history, he came to the conclusion that his remains must’ve been burned on a small elevation outside Vracar, so Gligorije set a cross there. This cross was restored throughout the decades and after he died the entire neighborhood was named “Vozar’s cross” after him. “St. Sava” society helped this initiative by finally setting up the stone red  cross on the same spot. Eventually this settlement got the name Red Cross.

The monument to Gligorije Vozarovic today can be found on the wall of the building where his bookstore was born in Kralja Petra Street, in the form of a memorial panel which was set in 2011 by the Ministry of culture and the Stari Grad municipality.