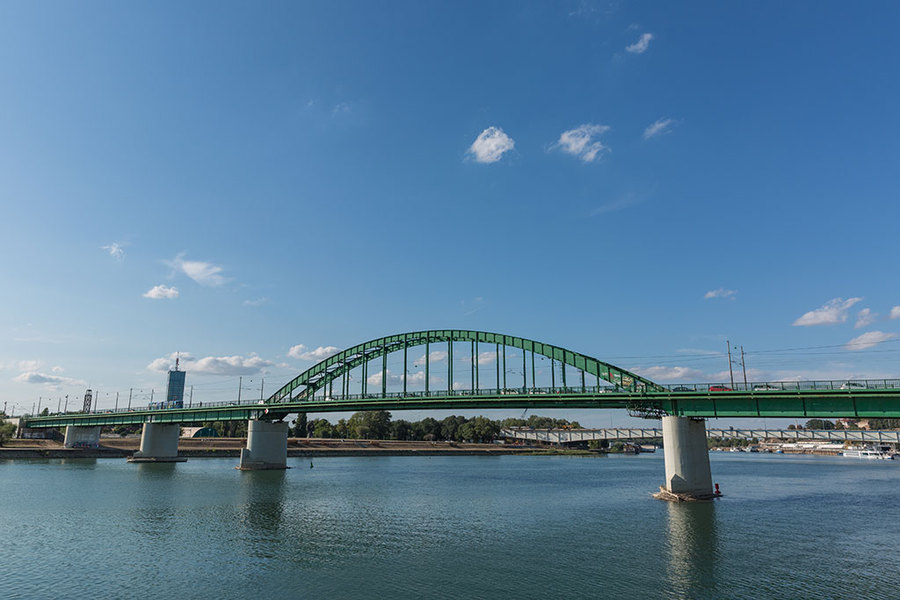 How the old Sava bridge was saved

How far would you go to defend something that’s important to you? Important enough you’d risk your life for it?

For Miladin Zaric, a teacher from Belgrade (1889-1976), the line “I would die for...” turned out to be much more than just big words. By the end of 1944, the WWII had already had countless heroes and courageous achievements. Mr. Zaric earned his place among them thanks to an unusual rescue mission he undertook to save an old capitol bridge.

Born in Kosjeric in the Zlatibor region, the then 55 year old teacher lived in Karadjordjeva street in Belgrade. In the former years of the war he witnessed a grueling demise of his many fellow Kosjerac citizens, including his students and neighbors. “I would think day and night how to get my revenge on the Nazis”, Zaric wrote years later. His revenge however was nothing like the cold-blooded ‘operations’ undertaken by the German army, though it was more than daring enough to make him a hero in Belgrade.

Miladin already had previous war experience. In WWI he survived the Albanian Golgotha and previously as an officer in the Balkan Wars, he managed to remove mines from the Semnica river bridge near Bitolj. From his apartment at 69 Karadjordjeva street he had a view of old Sava bridge, back then the only link to Srem across the river. The King Alexander’s and Pancevacki bridge had already been destroyed and the only remaining bridge across Sava – the one in Sabac – was in a very poor condition. This made the significance of the old bridge even greater. During that October of 1944, the teacher watched every day as the Germans set up explosives with the intention of detonating it and bringing the bridge down. 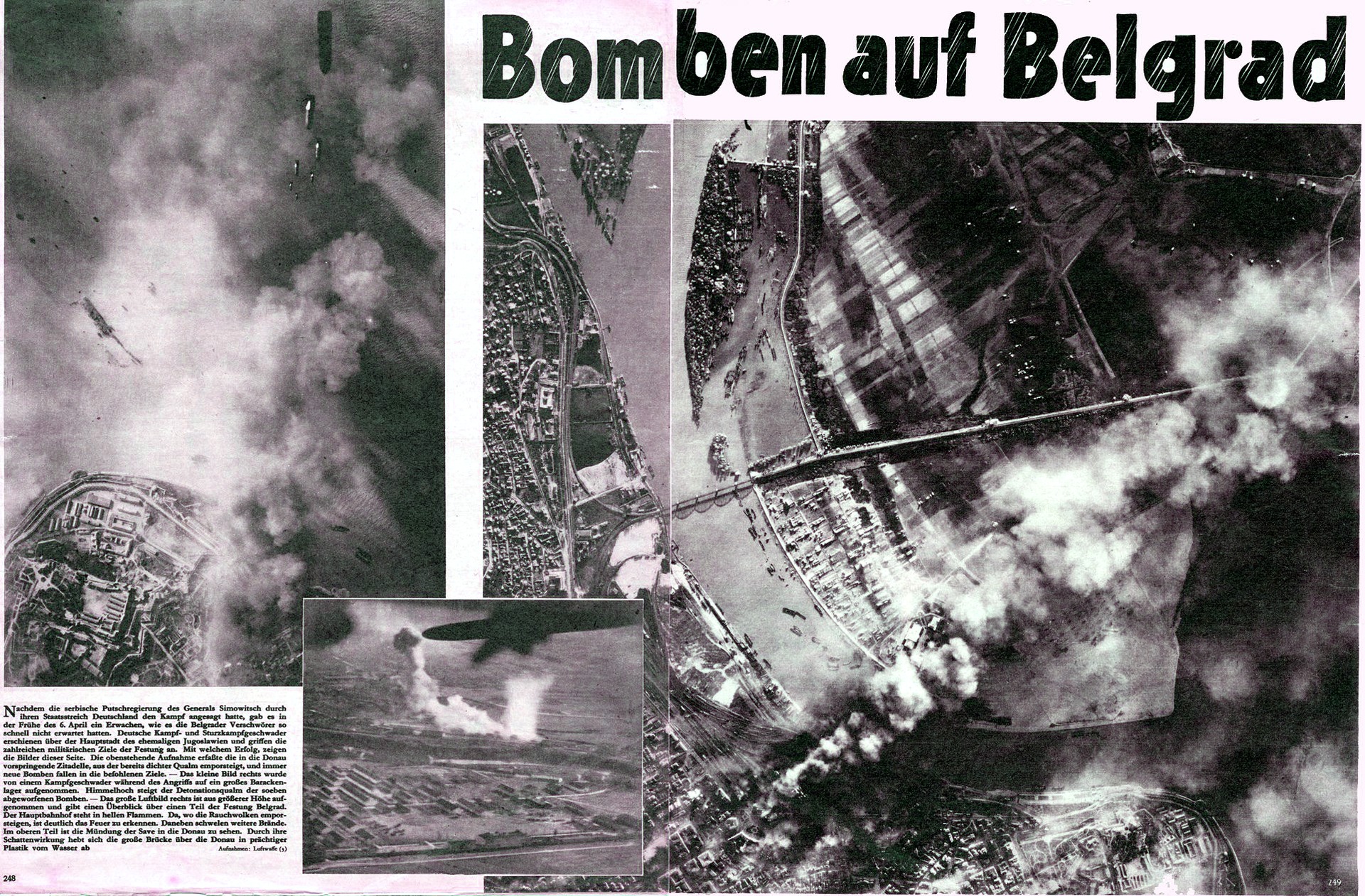 The fight for Belgrade’s liberation was in full swing by that point and the old Sava bridge was meant to be one of the ‘victims’ of it. For over 3 months Zaric, whenever he got the chance, would study where the cables which the Germans were setting up led to and how the mines were linked to the detonator. He knew immediately what he had to do – “I’ll either save that bridge or die trying” was his motto back then.

“The D Day” came on 20th October 1944 when Miladin heard the cries of Russians from the basement of his building. For weeks obsessed with the idea of saving the bridge at any cost, he rushed out of his basement and towards the bridge. With a group of Russian soldiers, Miladin examined all the pillars and found wooden crates with explosives under the third one.

The brave group, led by Zaric, was by that point surrounded from three sides: the partisans and the red army were slowly breaching in while the German military was attempting to withdraw. To make things worse, the lit fuse on the detonator was in the process of sizzling. Russian soldiers stayed in their shelter while Miladin grabbed the spade he found next to a dead German soldier, rushed to the pillar and began striking the detonator with it.

Though the Germans immediately showered him with gunfire, Zaric managed to cut the white wire. The hissing ceased and the old Sava bridge was saved. If he’d been only a few minutes late, Miladin’s brave feat would’ve surely ended in tragedy both for himself and his beloved bridge.

Mister Zaric was very lucky to have his previous war experiences. If by chance he’d cut the wrong wire, the entire bridge would’ve gone up in flames. And that wasn’t his only feat – he’d already gotten many decorations from previous wars, such as the Cross of King Petar I, Albanian spomenica and gold and silver courage medals “Milos Obilic”. Now he would get some more: on the 18th December of that year Zaric was awarded another medal of courage as well as Russian and Bulgarian medals for saving the bridge. 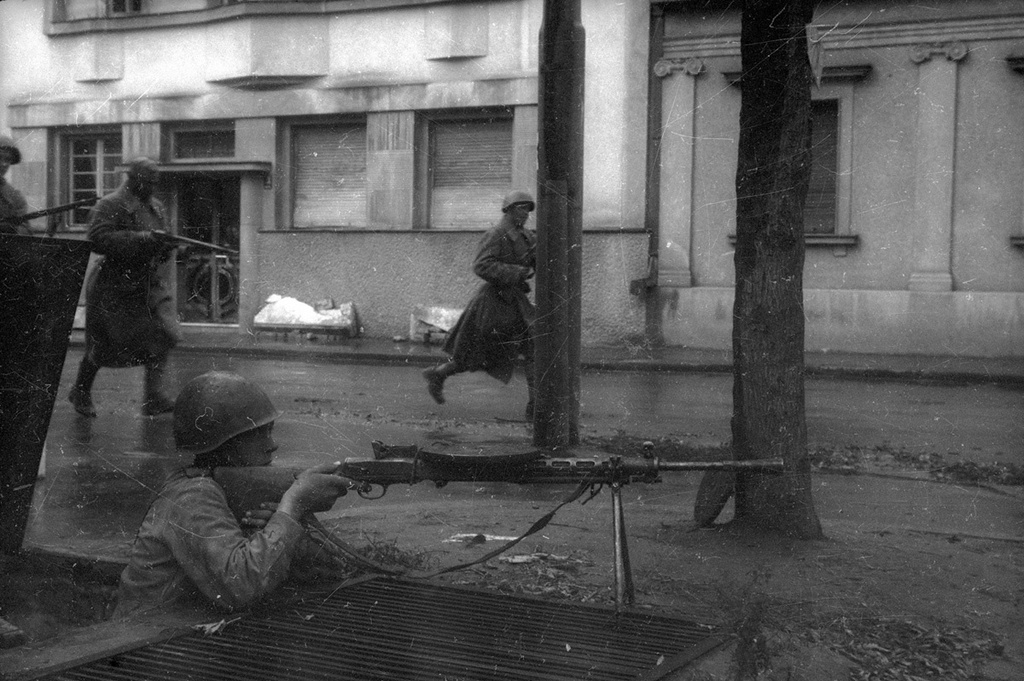 Peaceful life of a humble hero

Still, the courageous teacher lived a retreated life in his late years, as stated by his son Milos. Even in his old age, he liked to walk along the old Sava bridge and he rarely talked about his brave act. This was later confirmed by Miladin’s grandson, adding that “granpa didn’t like to expose himself because true heroes never talk about themselves”.

In the end, Mr. Zaric remained a regular teacher despite all his medals. As he himself said, it was his calling that he would choose even if he was born all over again. Miladin’s son revealed that his father kept an old coat flayed with bullets in an old wooden crate – the same one he wore on the 20th of October 1944. The denizens of his hometown Kosjeric remember him fondly and in the 1980’s there was an initiative in Belgrade to rename the old Sava bridge after him.

This was also the wish of Miladin’s grandson. Still, to this day this bridge that joins two Sava coasts remains without any mention of the brave teacher. The only reminder remains in a street in Borca which, by the decision of the city council in 1990 was named after him.