It was built on the foundations of the old church, which is mentioned during the Austrian rule of Belgrade. The old church was built of stone, without the cross and damaged badly during the surrender of Belgrade in 1739, to the point that eventually it had to be demolished. In its place rose a small wooden building, which was used as a church, and in 1795 was replaced by a stone that had no steeple. The bell for the church was brought to Belgrade during Turkish rule, and was first rung 16th of February in 1830. 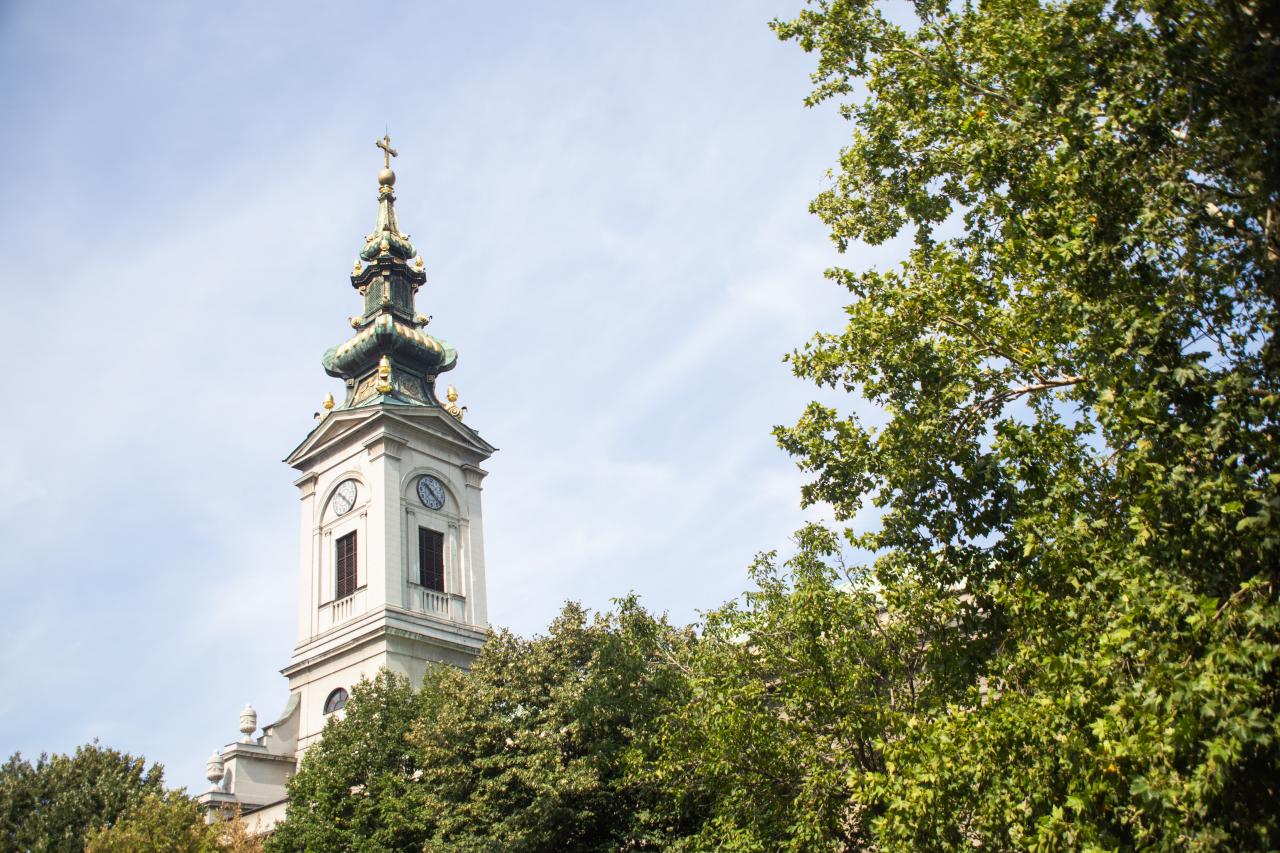 The present cathedral was built for almost nine years from the 28th of April in 1837 until 8th of November in 1845, by order of Prince Milos Obrenovic. It was dedicated to Michael the Archangel who was the patron Saint of Milos Obrenovic who built the church as its foundation. The building was designed by Franz Janke, similar to the Serbian church in Sremski Karlovci. Conceptual design originated from Baron Cordon and the church was built in Zemun and Pancevo masters.

The interior is richly decorated. Carved gilded iconostasis is the work of sculptor Dimitrije Petrovic , and the icons on it as well as choirs, thrones and pulpits painted by one of our most prominent painters of the 19th century. 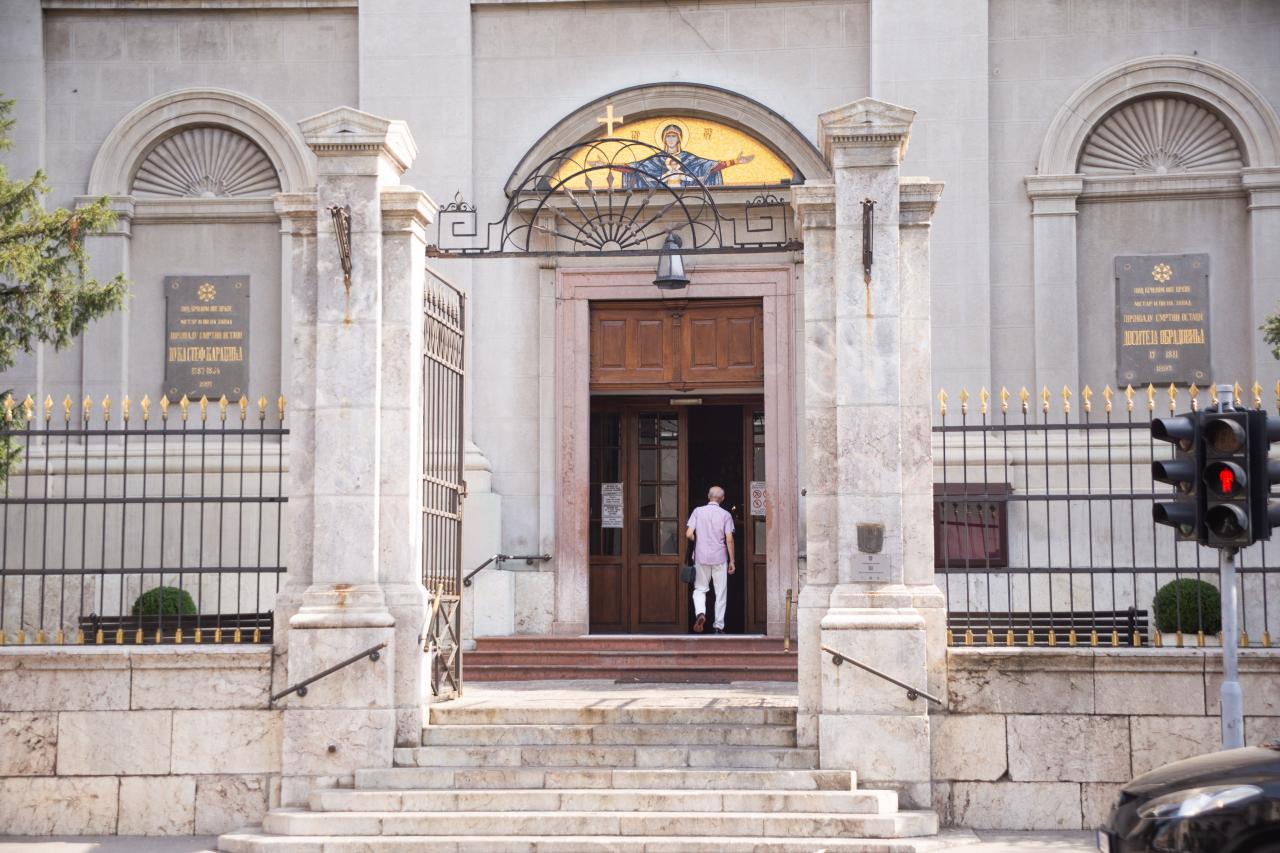 The special value of the church is its artifact treasury. The relics of Despot Stefan Štikljanović, part of the relics of Prince Lazar, the particles of relics of St. John of Shanghai and the tombs of the Church and Serbian rulers from the Obrenovic dynasty ( Milos, and Milan ) . In front of the main entrance lie buried two of our great historic figures, Dositej Obradovic and Vuk Stefanovic Karadzic. 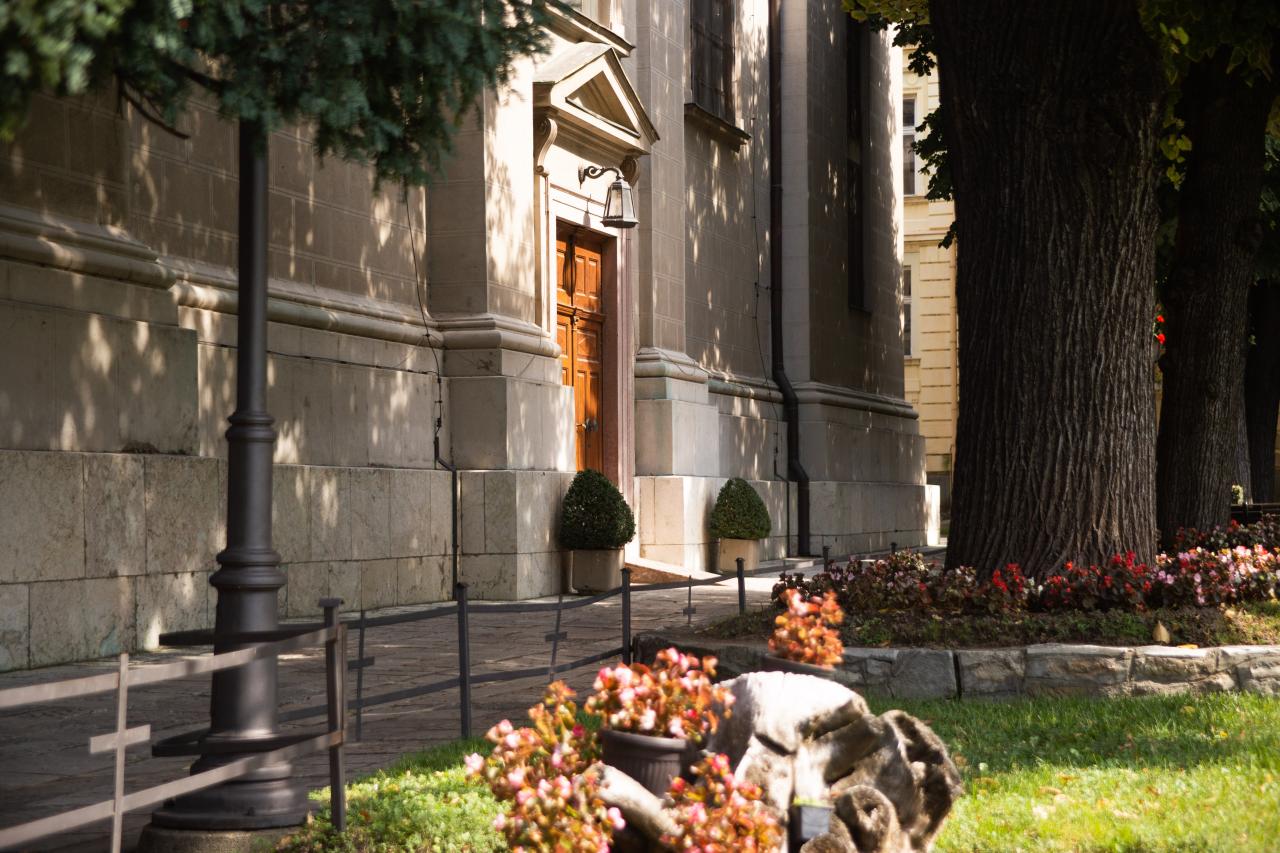