This building was built in 1899, designed by the architect Milan Antonović. The two-storey houses with shops on the ground floor and offices on the first floor was built for the insurance company "Anchor" and today is one of the most significant examples of academic architecture of the 19th century and of Milan Antonovic’s work as an academic expert . It is particularly significant because its position together with the palace , "Athens" , "Moskva" Hotel , the house of Aleksa Krsmanovića and Smederevo bank is part of the city environment Terazije , which was formed in the late 19th and early 20 century. 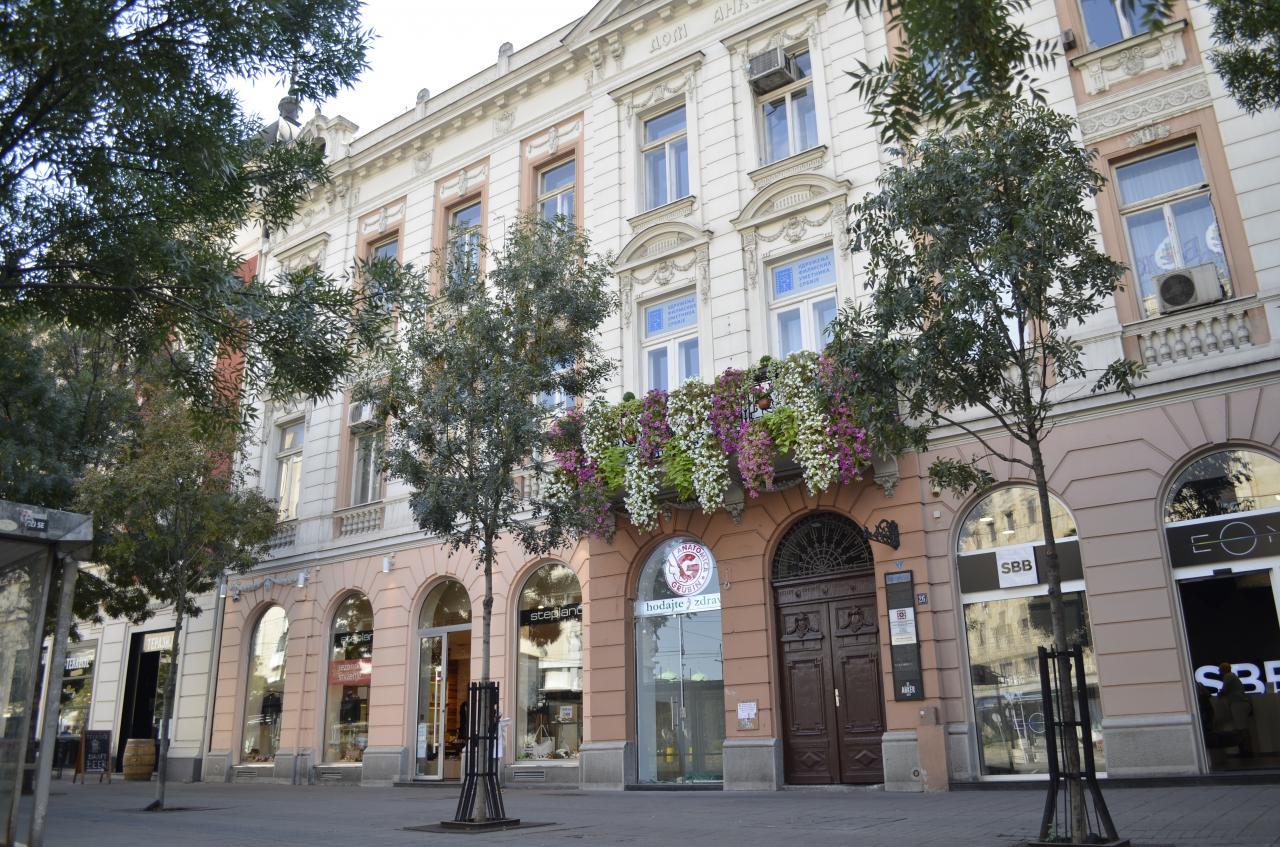