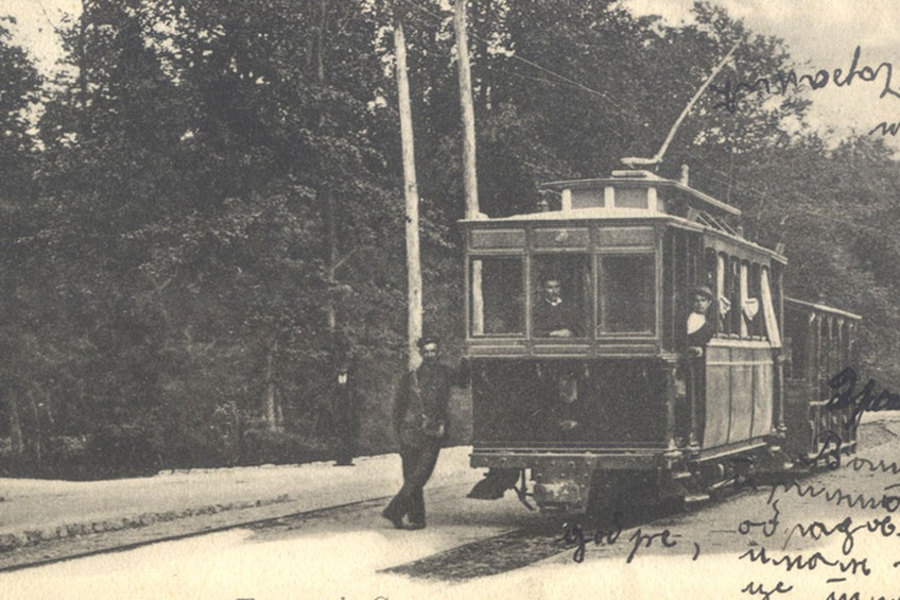 The history of public transportation in Belgrade - from racing horces to validators (pt. 1)

The person who started the entire project was Milovan Marinkovic, then the president of Belgrade municipality. Namely, only a year earlier he signed a contract for 45 years with Pericles Cycos, a Greek living in Milan which won in the international competition for building a thermal power plant in Belgrade and gained concession for lighting and the “city railway”.

The document planned for introducing tramway lines pulled by horses, powered by steam, air-pressure and electricity in three routes: to the New cemetery, to the Railway station and to Topcider.

What’s interesting, the plan was to make the line between Terazije, Nikole Pasica square, Kralja Aleksandra boulevard and Ruzveltova street, transport not only citizens but also the deceased.

Blue blood riding through the city 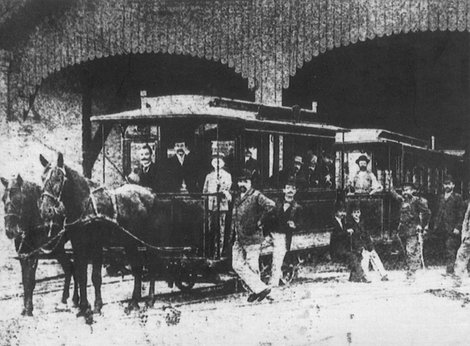 The horse-pulled tramway was an attraction in the streets of Belgrade. Children would run after it and the gentlemen, used to light walking, would raise their hats to greet the “new-fangled” carriage.

The regular passengers were, according to some records, often joined by king Aleksandar Obrenovic and his wife queen Draga Masin. They reportedly enjoyed the wind in their hair and were always in a good mood and smiling while waving back to the citizens.

This “adventure on two horses” took anywhere between 25-40 minutes, depending on how many times they had to stop. Anyone could stop the tram anywhere they wanted to get off or on and then the sound of hooves on cobblestone would continue at about 5-7km/h.

The tired horses were switched out every two hours and during one shift the horses would make four tours. 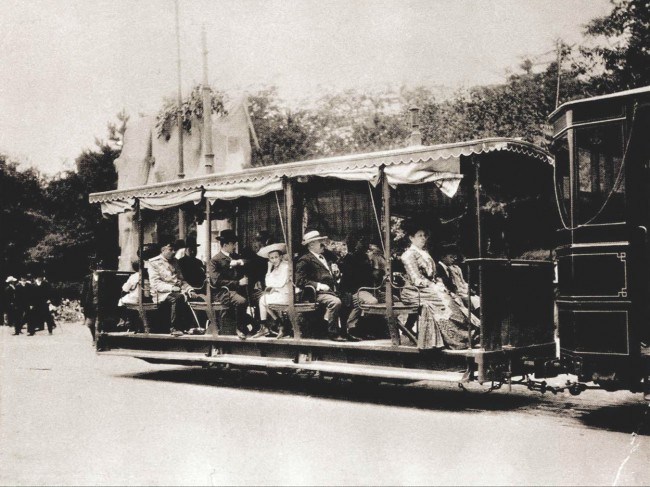 The route of “horse tramway” with the number 1 would start at the Police commiserate, went by the Train station, continue down Spomenacka street (today’s Nemanjina) and would then turn into Fruskogorska (today Resavska street) until the crossroads with Kragujevacka (King Milan’s) street where the Officers’ home used to be located. From there the railway line was used, starting from Kalemegdan.

This line was soon altered because of several accidents that occurred on it. Namely, the slope of Riga od Fere street caused the tram to turn over on several occasions so in 1912 the route was transferred to Knez Mihailov venac (today’s Tadeusa Koscuskog street). This was how the foundations were set for the famous circling tram line number 2 (which started in 1928), while the tram number 1 no longer exists.

Belgrade was rushing ahead with the times. Electrification spread, installations were set and soon electricity began replacing the horse power. First tramway line that ran only on electricity was started in 1894; only one year after the first electric central was finished.

Just before the summer started, the electric tramway began rolling down the rails. Lovingly nicknamed “Cicica” (Little old man), it swept through the streets at about 10km/h, through Dusanova, Rige od Fere, Gradsko field and all the way to the pier. 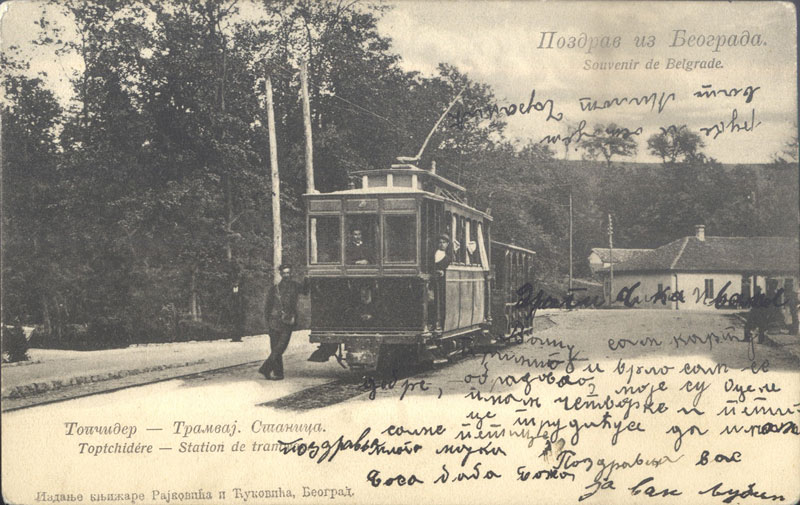 Photo: The Archive of the National library of Serbia

At the time, there were several turning points for the trams to pass one another. On warmer days, an open cart was attached to the “city railway” so that the citizens could enjoy their rides more. Wooden benches used for sitting were located in the middle of the vehicle, while the conductor charged for multicolored tickets (depending on the number of the stations that the passengers wanted to travel), hopping on the boards that lined the carts on the outside.

The driver – or breaks operator, as they called him – directed the tram on his feet. On the last stop he would remove the lever that regulated the motion speed and take it to the end of the tram, inserting it there so that there was no need for turnabouts.

The tram left the station at the conductor’s mark. After the passengers boarded, he would pull on the leather belt pulled along the tram and ring the breaks operator to go.

Until the end of 1905 almost all lines of the city railway were electricity powered and Belgrade stood proudly with all the other capitols of the world. Just before WWI started in 1912, Belgrade had 8 tramway lines, 32 trams and 12 carts which transported a total of 7,500.000 passengers that year.

We continue this story HERE.