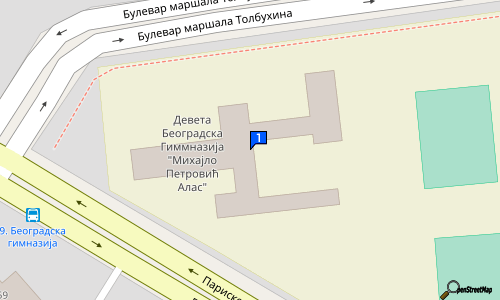 The Ninjitsu club "Budjin" from Belgrade began work on 10.05.1996. The leader is a member of the Budjikan dojo, the international ninjitsu organization led bz dr. Masaaki Hatsumi, the grandmaster (Soka) and the successor of the 9 schools 3 of which are ninjutsu and 6 Budo taijutsu schools. The founder and president of the club is Shidoshi Vasic Milan, 8 DAN status bearer. The Budjin club is a member of the Shadow Warrior Bujinkan Ninjutsu Society the elite international organization within the Bujikan dojo under the leadership of SHihana Brin Morgan, 15 DAN status bearer.

Since the day of its foundation until today, the Budjin club has organized numerous national and international seminars on the topic of tactics, survival and nature orientation, bodyguarding skills, water fighting, urban fighting and seminars of technical nature , with emphasis on the traditional techniques of the 9 schools of the Budjikan dojo.

The trainings last for around 1hr and 30mins. The first 30 mins are for warming up, running, strength exercises and freefall practicing. The remaining hour is for practicing techniques of ninjitsu. Trainees work in pairs in the form of sparring. Beginners are constantly supervised by a coach and sometimes do somewhat easier exercises adjusted to them. It is in the interest of the trainee to always pracice with another person so that they can gain experience in reading an opponent's reaction to blows and so that they can coordinate with any opponent. Regular trainings process yearly themes. In addition to the yearly theme, we always place emphasis on the Budotaijitsu schools,such as Koto ryu and Gyoko ryu. When it comes to weapons, the regular trainings usually utilize Hanbo (short stick), Bo (long stick), tanto (knife), Manarikikusari (rope), Boken (wooden sword) and depending on the program also guns, Jutte (Japanese police bat), Katana (Japanese saber), Kyoketsu SHoge (special ninja weapon that combines a knife, a sickle a long rope and a weight), Shoto, Ninja-to, Wakizashi, Kusarifundo, Yari, Naginata. In seminars and outdoor practicing we also utilize other authentic weapons from the diverse ninja arsenal intended for exercising in the hall such as bow and arrows, shuriken, various climbing gear and others.