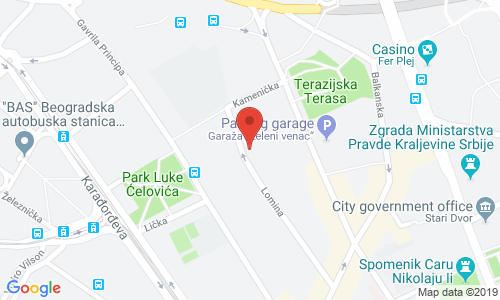 Tai chi chuan i Qi gong – skills for a lifetime

The original knowledge of Tai chi chuan has never been more available or affordable with a three month 30% discount!

Following the school of Grandmaster Chen Xiaowang in the club Hua Kang in Belgrade we practice the traditional Chinese art the way it is taught in the cradle of this activity, the Chen village. In addition to relieving stress, psychological and physical fatigue it also develops inner strength, will and endurance. It revitalizes the body and spirit. Taijiquan however is not the exercise for the elderly or the sick.

Taijiquan brings you into the beat of life it nurtures and governs the life energy chi. There was a reason why this skill was kept secret by the ancient masters. The formulae for healing and longevity, the direct relationship with the force that courses through the universe are not taught by the ancient or today's masters.

Taijiquan originated several centuries ago in China as a martial art. As it was developed in monasteries it also gained a very deep focus on oneself and granted peace of spirit to the monks who always found the most natural and healthy ways to strengthen and train the body and spirit.

However the purpose of practicing tai chi today is to turn the struggle against our fellow man into the struggle with ourselves, the struggle for discipline, endurance and persistence. The battle for our own health and longevity, a healthy body and spirit. It teaches patience, self discipline and what is most important to master ourselves and turn our impatience into patience, arrogance into tolerance, to be wise and clear.

Taijiquan and Qi gong are holistic methods applied as a part of integrative medicine, the athletic martial arts and a life philosophy. They unite various physical and spiritual techniques and philosophical approach.

Officially these are the most efficient stress removal methods, relieving mental tension, overcoming negative emotions and states, removing the feeling of insufficient happiness and life joy, separation from one's environment and God. To practice these skills is to strengthen vitality, concentration, immune system, inner energy, strength and will. It reduces bone and muscle problems, brings harmony in the physical, mental and spiritual level.

Movements of the body, the conscious state of mind and breathing are the basic metabolic processes but with suitable techniques they are converted into powerful therapies.

– Taijiquan I Qi gong. Instead of depleting or losing energy, it is kept inside of the body and turned into a positive, creative force and vitality.

The movements of Taijiquan gently and non-aggressively engage all muscles, stretch and twist certain groups, loosen and warm them up as well as strengthen the ligaments and joints. The overall flexibility of the body is increased, physical fitness is improved as well as your inner strength, will and endurance. Calm and deep breathing, slowed motions and a calm mind will lead you into deep relaxation which in turn relieves stress and frees your trapped vital energy. As soon as the energy is balanced the physical harmony creates levelheadedness, tolerance, friendliness. Not only physical but also psychological qualities are revitalized. Mental capabilities are enhanced, the power to concentrate, coordinate and memorize. Taijiquan becomes a source of life, health, vitality and longevity.

The health and energy value of Tai chi cuan and Qi gong lies not only in the movements and learning the 10 or 108 steps but also in the art of accumulating life energy. The proper absorption, transformation and circulation of the Earth's and cosmic energy is the source of life. Movement is also called meditation in motion.

Everyday practices don't take up more than 15-20 minutes. They require no special space or equipment, no special physical prequisites, muscle strength, fitness and therefore the practitioner is not limited by their abilities, age or health.

Tai chi chuan is today practiced by about 20% of the world's population, making it one of the most popular ways to exercise in the world. The sudden popularity came from the positive effect that are achieved.

We are the first in Serbia who offer you Taijiquan for children!

So much generational experience prioritizes mental and physical development of the children and helps their motor skills, fitness, strength, endurance. Through play and fun they will learn discipline, concentration, body awareness and the awareness of their actions. How the movements are performed slowly and with control which will help their intellectual development as well which depends solely on the number of synapses created by the child. By performing and memorizing coordinated movements and jumping, turning and moving the brain is activated and develops new synapses affecting the child's motor and cognitive development.

Help your children develop their ingenuity, attention, concentration, observation and deduction through Tai chi chuan and Qi gong. They will develop, socialize, become independent and responsible, establish emotional and moral relationships. The gradual acquisition of those qualities will make them confident and develop their self-respect.

The Hua Kang club was founded in 2000. Currently we have 40 practitioners aged 14-65, among which are athletes who compete and win international medals, recreationalists and those seeking health and vitality. Up until today our club members have won a total of 6 gold, 10 silver and 13 bronze medals in Taijiquan.

The founder, president and trainer of the club is Djendji Samardzija www.djendjisamardzija.com

Has practiced Taijiquan since 1989 as a student of some of the most famous world masters such as Wang Zeng Xiang, Yang Jwing Ming, Dan Docherty, Grandmaster Chen Xiaowant. They all have their own methods, but Samardzija perfected theirs under the world renowned master Mantak Chi.

The practices take place at 4 Lazareviceva street near Excelsior hotel and at 64 Zorana Djindjica street next to B92 TV station in Dunavski kej municipality. 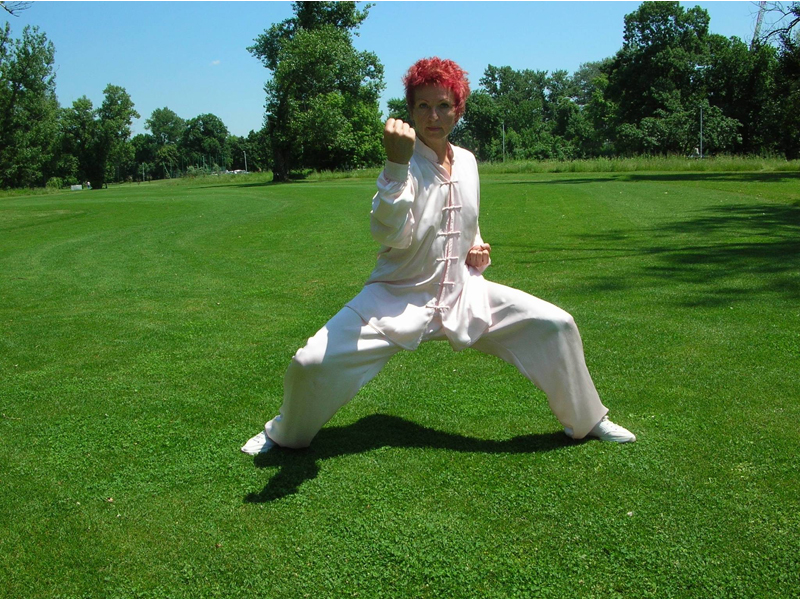 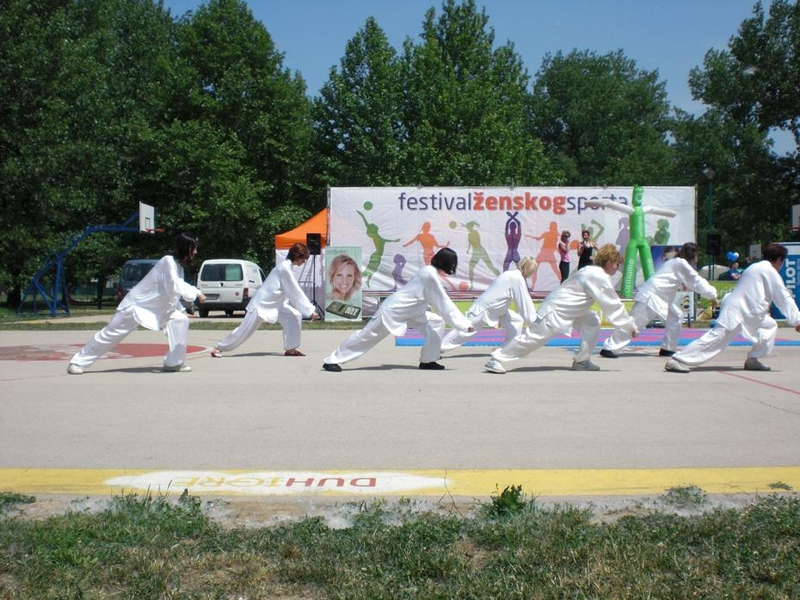